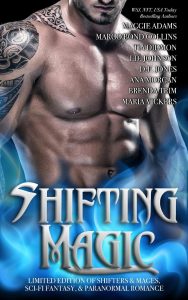 I’m home alone in my favorite chair, just about to snuggle in for the night with Shifting Magic when I hear someone whisper my name.

I turn left. I turn right. No one is there.

It’s just my imagination running away with anticipation— a whole weekend to myself.

I download the collection from the Paragons of Paranormal, and the back of my neck tingles. Someone is watching me.

I read, “There is a physical plane—the one where you’re reading a book in your favorite chair. There are also unseen realms, magical realms where wondrous, fantastical things occur. These realms brush the one where you’re sitting. All you have to do is open your device and let yourself go.”

END_OF_DOCUMENT_TOKEN_TO_BE_REPLACED

About Beauty and Her Beasts:
Steam Level: 4

I did what no woman was supposed to do.

I fought my way through college, landed a job at a hotel far, far away from my dead-end town.
A job in a man’s position.
And I seemed to be immensely attracted to the gardener, the cook, and the owner of the hotel.

I’m forever aroused by my three, hot men, and they know it.
They don’t stick around to do anything about it, though.
I might just spontaneously combust.

And then, there’s my controlling ex-boyfriend.
He reared his ugly head, demanding my release.
I’m forced to put my foot down to save my men from literal torches and pitch forks.

No one is going to tell me what to do, much less who to love.
Mess with me if you dare.
My three hot, shifter men would be the less of your worries.

END_OF_DOCUMENT_TOKEN_TO_BE_REPLACED 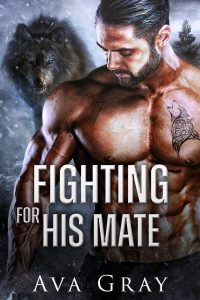 About Fighting For His Mate:
Steam Level: 4

I’d always seen the world in black and white. Good guys and bad guys. As a shifter that had seen too many of his kind die at the hands of Hunters, I knew who my enemies were. There were no shades of grey. That was why I volunteered to investigate a man that might be one of them, a killer of my people.

The complicated part? His daughter turned out to be my mate. Willow was beautiful, strong, and hated shifters. Her father had told her for years that we were the enemy, so I had my work cut out for me when it came to convincing her otherwise.

My pack didn’t trust her. Her father wanted me dead. It felt like the whole world was against us, but I wasn’t going to give up. She was meant to be mine, and I would stand up to them all to prove it. Would Willow choose to stand with me? Or was I fighting for a woman that could never love me back? 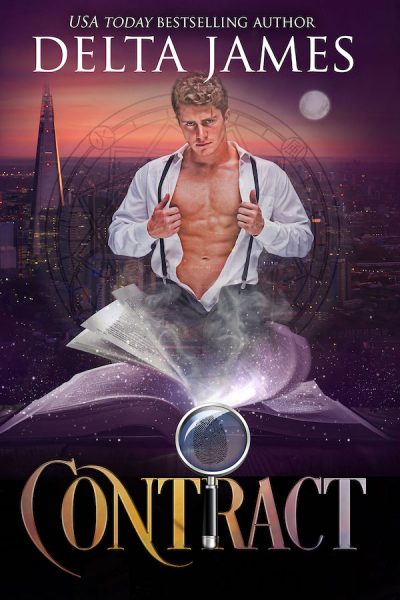 He is the Head Concierge at the Savoy; she’s an Irish witch haunted by a little girl in Victorian-era dress.

Saoirse Madigan, an Irish witch has seen the little girl in her visions since she was a child. Her investigation into who the child was and how she died has led her to the Savoy to seek out the answers to the mystery.

Felix Spenser, the Head Concierge at The Savoy, knows she is his soul mate from the first time he met Saoirse. He is convinced that her obsession with one of the Savoy’s famous ghostly residents could be dangerous.

When Saoirse begins to question those who have kept the secret for more than a century, she unknowingly sets off a course of events that will prove Felix right.
~~~
Welcome to the opulent world of the Masters of the Savoy, where the men and women might be a little different – more than human. The men appeared out of nowhere one day determined to grab life and look for love. But watch out … you never know what darkness lurks in the shadows.

Author note: Contract is a mystery romance with steamy scenes in and out of the bedroom for mature readers. Each book in the series is standalone with no cliffhanger endings. 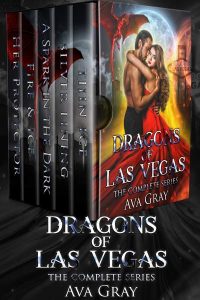 About Dragons of Las Vegas: The Complete Series:
Steam Level: 4

FIVE snarly, tattooed, alpha males who stop at nothing to claim their soul mates in this fast-paced adventure: Dragons of Las Vegas.

Book 1: Thin Ice
As a dragon shifter, Cade is not used to taking no for an answer. He knows what he wants, and his eyes are set on Nicolette… a beautiful girl whose life is in danger.
Nicolette might just lose everything.
Will fleeing from her destiny get her killed, or will running into the handsome dragon shifter’s arms burn her alive?

Book 2: Silver Lining
A single-minded dragon shifter. A woman in peril. A conflict between passion and responsibility that could destroy them both.
Landon is tasked with protecting Alexa.
And the moment she sees him, she knows he’s the one.
Her attraction towards him expands tenfold when she sees him in his dragon form.
But for Landon, protecting Alexa was his only job.
Falling in love with her isn’t on the table and never can be.
But when Alexa’s life hangs in the balance and his strength and resolve are tested, will forcing what she really means to him mean the end to the life he knows?

Book 3: A Spark in the Dark
A dragon shifter with a mission. A single mom determined to protect her son. When their paths cross, the flames of desire ignite, and danger descends.

Adrienne wants nothing more than to protect her son.
Their life is in danger from her ex.
Brantley believes the dragon he seeks is not only after the ancient key but also Adrienne and their son—the woman who now owns his heart and the boy who holds a secret of his own.
He has no intention of letting his enemy get his hands on either of his intended goals and will do anything to protect them…at any cost.
When dragons clash and blood is spilled, will the truth of the past destroy any chance of a future?

Book 4: Fire & Ice
A dragon shifter is set out to save a city. One woman is the key to the mission. The same woman who is the enemy and his mate.

Blaze can’t help but be attracted to Gia.
He needs her to retrieve the artefact for him, a way for him to take control of the city.
But it’s not that simple when she’s Cade’s sister, member of the rivals.
It’s not that simple when she’d be labelled a traitor for being on his side.
Danger surrounds Blaze at all times.
It looms over Gia like a dark cloud.
Blaze wants her to see that she’s making the right choice, but that’s tough when she’s torn between love, duty, and family.

Will the two of them defeat the enemies and find love together? Even if their victory breaks Gia’s heart?

Book 5: Her Protector
A woman in distress. A dragon shifter who instantly falls for her and vows to protect her.
Scarlett works at a casino under an abusive boss who has feelings for her which are unrequited.
He is constantly roping her into his shady business to the point of risking her life.
During one of these dangerous jobs, she is nearly killed by Drake.
But soon he understands the position she is in.
Will the handsome dragon shifter be able to set her free?