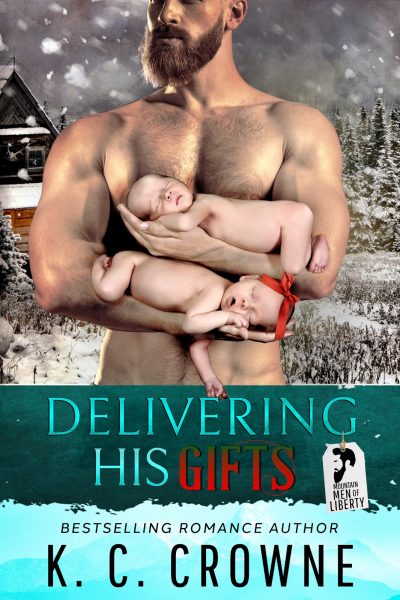 About Featured Book: Delivering His Gifts by K.C. Crowne

How did I get myself into this mess?

1. A wicked snowstorm.
2. Stranded in the middle of the mountains.
3. Twin babies that want out yesterday.
4. Absolutely NO doctor in sight. FML!!

Dear Santa, This is not what I meant when I prayed for a memorable Christmas. 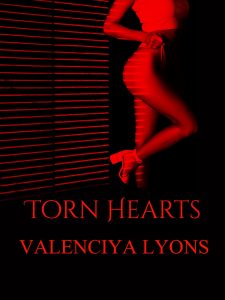 Hazel, a recent college graduate, donates a kidney to save her ailing boyfriend only to discover he has been cheating with her younger sister. With two relationships in shambles, she moves out of her parents’ home and immerses herself in work. Then she meets the sexy next door neighbor who is willing to help her heal her heart. But will she let him?

END_OF_DOCUMENT_TOKEN_TO_BE_REPLACED 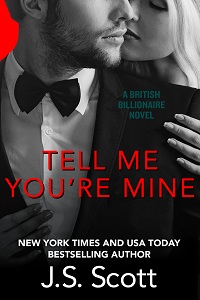 About Tell Me You’re Mine: The British Billionaires:
Steam Level:

A chance encounter between a secretive billionaire and a plus-size PR expert could be the perfect solution to both their problems – or a delicious scandal in the making – in New York Times best-selling author J. S. Scott’s new British Billionaires series….

I am the type of woman who always plays it safe. In my professional life as a public relations “fixer”, and in my personal life, especially when it comes to the opposite sex. Really, who needs the wild highs and the I-want-to-die-because-he-left-me lows of a relationship? At least, that’s what I thought…until I met him.

Damian No-Last-Name-Given is sexy as sin, and I’d developed some kind of weird, instant attraction to him the moment he settled his chiseled body next to mine on a flight from London to Los Angeles. His sexy British accent did crazy things to my previously dormant female hormones, which had eventually led me to do the most impulsive thing I’d ever done in my entire life. I kissed him while everyone else in business class was sleeping. Or had he kissed me? All I knew was that we were both very willing participants, and that panty-melting embrace had rocked my entire world while it was happening.

Unfortunately, that moment of spontaneity would haunt me once I found out Mr. British Hottie’s true identity. He’d held his last name back for a reason. Oh no, I couldn’t make some once-in-a-lifetime misstep with an ordinary businessman. When I screwed up, it had to be one for the record books, and it had to happen with one of the most powerful men in the world. And, oh yeah, he also absolutely had to be the biggest man-whore on the planet.

Once I knew the truth, I could have easily convinced myself that the kiss wasn’t all that earthshattering – if Damian Lancaster hadn’t boldly swaggered into my office the very next day to apologize, and to make me a business offer I couldn’t possibly refuse….

END_OF_DOCUMENT_TOKEN_TO_BE_REPLACED 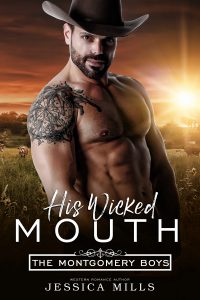 Can anyone really go home again?
Not when you’re the black sheep of the family.
So I’m far from home, in Vegas, because good things always happen there.
At least for us bad boys, they do.
And who shows up to save my soul?
My brother’s best friend. Pretty little Annabelle.
Hell, her name even reminds me of back home.
Unfortunately for me, her daddy warned her about guys like me.
I can’t help but wonder why this pretty, sweet, southern lady is in the seedy Sin City.
Bachelorette party. Looks like she’s trying to let her hair down a little.
Lucky for her, I can help with that.
This one is playing for keeps, and I find myself wanting to roll the dice.
Somehow, I think this woman is going to change my wicked ways and take me back to the ranch where I belong.
She’s got her work cut out for her.

END_OF_DOCUMENT_TOKEN_TO_BE_REPLACED 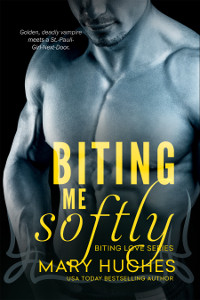 Logan is muscular, graceful, and deadly. A gift of pure sex appeal. I already don’t trust men and Logan’s arrival at my Blood Center may put me out of a job. None of that seems to matter when his kisses crank me to broil, and his bites rocket me to heaven (fangy bites, which, if I weren’t grounded in science, would make me think ampire-Vay). One thing’s for sure—Logan’s got secrets.