Love blooms in the New Hampshire town of Red Maple Falls in this newest collection of utterly romantic small-town love stories! Meet the Marshall family as they navigate the ups and downs of love and fight for their happily ever after.

END_OF_DOCUMENT_TOKEN_TO_BE_REPLACED 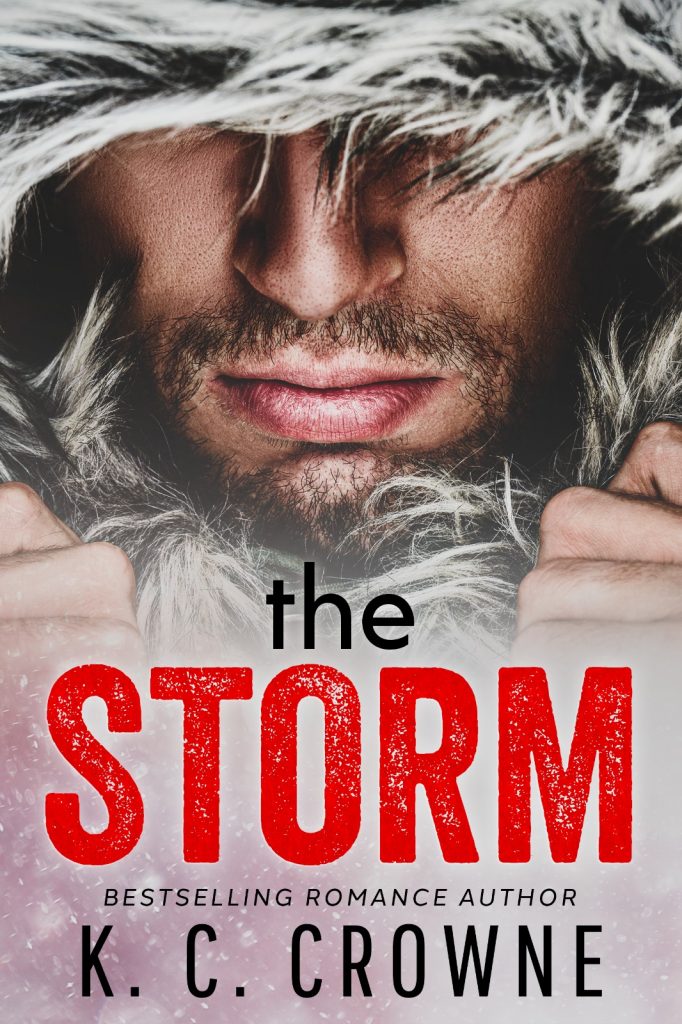 About The Storm by K.C. Crowne

An escape is all I need.
Until the goddess shows up.

Fortune brought her to back to the Colorado mountains.

Now, she can’t break free.
Not from the storm.
My cabin.
Or the attraction neither of us can ignore.

She needs my protection.
I need my hands on her.

She has become my obsession, but if I tell her about the storm brewing inside me….
I could lose the only thing that matters.

About Accidentally All Of Me:
Steam Level: Steamy

I’m raising my sister’s daughter, and where I thought I’d never make it as a single father bachelor, I was wrong. This little girl has my heart. And only her. Until a stray dog happens upon my place and we’re forced to call a vet. And a beautiful woman showed up. I didn’t believe in fate. But it seems to believe in me.

END_OF_DOCUMENT_TOKEN_TO_BE_REPLACED

About The Queen of Paradise Valley:
Steam Level: Level 3- spicy

Heiress to a vast Colorado cattle ranch, DIANA RENNIE means only to help her father by persuading DEL RUSSELL to leave town and never return. But their midnight meeting goes awry when initial hostility erupts into blazing passion. As things spiral out of control her father barges in, accuses Del of stealing horses and personal valuables, and charges him with seducing his daughter. Despite Diana’s denials and pleas, her father arranges a quick shotgun wedding and a long prison sentence for Del.

When her father dies soon after, Diana takes over the running of the ranch, and within four years her life has taken on an idyllic regularity. She has overcome her remorse at being party to Del Russell’s imprisonment and buried her memories of that night. Proud and stubborn, she nurtures a tough and calm manner that conceals a mass of insecurities and fears she is determined no one will ever see.

She has a nasty jolt when Del reappears, not for revenge as she first worries, but as a legal partner of Paradise Valley Ranch. Her ranch. And when he talks about them being husband and wife, her worry magnifies. Yes, he is attractive, as appealing as the night they met and almost– No, no, never would she be a wife to him. She must find a way to force him out.

But Del isn’t going anywhere. He’s been through hell and now is back to claim one half the ranch, once stolen from his father and rightfully his, no matter what beautiful, treacherous Diana does or says to try to get rid of him.

He moves into the room that belonged to Diana’s father, and she watches helplessly as he insinuates himself in all things pertaining to the ranch. She’s a master of the icy stare, the belligerent manner, and yet there are episodes where she begins to thaw, when she unwillingly recalls the unleashed passion of their first meeting. When Del finds proof her father orchestrated his imprisonment and insisted on the marriage for his own advantage, tension and distrust magnify.

Though Diana fights Del–and her own burgeoning desires–they are both thrust into an uneasy alliance when faced by a threat from land-greedy RICHARD LORD.

Del, whose first love died, has no intention of ever enduring the pain of love again, certainly not with the conniving woman who is his wife. Sure, he wants to bed Diana–their first meeting had shown her to be willing and wanting. Why she acts so prim and prudish now is a mystery to him. There are moments, though, when they come close to connecting on a physical level, and he figures it’s only a matter of time before she gives up the straitlaced act.

It happens during the worst blizzard in years when Diana and Del, confined for days to the house, finally give in to their strong desires for each other. They discover sizzling ecstasy, and for a time, a fragile happiness.

As the year passes they face the furies of nature–grizzly attacks, wildfire, blizzards, drought; the worst of themselves when Diana accidentally shoots Del; the manipulations of Richard Lord, who professes to love Diana, and his amoral daughter who has set her sights on Del.

Diana and Del battle fiercely and love passionately, yet she is unable to completely trust him or acknowledge the depth of her feelings for him. Del’s feelings for her seesaw from one extreme to the next and several times he gives up trying to love her, finding it’s easier on his heart to hate her.

When Diana suffers a miscarriage and the ranch house that means the world to her burns to the ground, she develops a dependence on laudanum and morphine that is fed by Richard Lord. She breaks free of his grasp and goes to Del, who in a harrowing episode manages to free her of the drug dependence. She undergoes an epiphany during this ordeal and can finally confide her deepest fears to Del. And she and Del at last can admit they love each other.

Diana is charged with murdering Richard’s daughter, and when Del disappears she is tried for his murder, too. As she faces her blackest hour, fearing she has found love at last only to lose it again, Del appears with the real killer and they are gloriously reunited.

Diana and Del find peace in the present, hope for the future, and most importantly, the ability to love with all their hearts.

END_OF_DOCUMENT_TOKEN_TO_BE_REPLACED

INCLUDED IN THIS COLLECTION:

The Sound of Silence by Dakota Willink (Dark Romantic Suspense)
There’s a common expression I remind myself of every day: that which does not kill us, makes us stronger. People think I live an idyllic life with my perfect husband, but they don’t know what lies beneath the façade. I’ve learned to accept what is, but I won’t let it destroy me. Instead, I do the only thing I can to survive—I run.

Forbidden Love by Elizabeth Knox (Irish Mafia Dark Romance)
Caprice DiGiovanni has made the decision to run from her father, who runs the Italian Mafia. He’s arranged for her to marry a Russian arms dealer. Only, she’s not going to. She’s running to the only place where she feels that she can be safe – Ireland, straight into the territory of the Mackenzies.

The Bullet Theory by Sonya Jesus (Dark Romantic Suspense)
There’s a theory about a bullet and a tortured heart: when both exist, the only variable is opportunity­, which The Bullet Man willingly provides. The killer carefully chooses Ellie, the survivor of a vicious crime, and manipulates his way into her heart. When he gives her a chance at revenge, will she take the shot or turn him in?

Marked by Cayce Poponea (Mafia Romantic Suspense)
Doing the right thing should never leave a scar…
MARKED is the latest Mafia romance from bestselling author Cayce Poponea. Join her as she shares the story of Giovanni Vitale and Kristine Smith, two people from dramatically different backgrounds whose lives become woven together through deception and lies. Can Kristine follow the three simple rules for working in the Family? What happens when her loyalty is questioned by the one she trusts the most?

Raine’s Falling by Erin Osborne (Dark MC Romance)
Have you ever dreamed of what your life was going to be like? The job, man, everything down to the last detail? I did. Until it all came crashing down around me. Betrayed in the worst way possible, I let my dreams go. Now I fear I’m trading one hell for another. Only there’s so much more at stake this second time around.

Precious Gems by Sierra Hill (Dark Romance)
She has what he wants, but in order to give it to him, she’ll pay the ultimate price.

Master of Control by Sienna Snow (Dark Romantic Suspense)
I’m a prize, a treasure, something to cherish. Or so I’ve been told.
But I know the truth. I’m a commodity recently sold to the highest bidder.
Sebastian Weber is ruthless, heartless, calculating, and my new husband. Power is the weapon he wields and control is his game. I should fear him, resent him, but instead I’m drawn to him, craving his slightest touch, wanting every part of him. Leaving him isn’t an option, and staying means shattering his world.

Cold Hearts by MC Cerny, USA Today Bestselling Author (Dark Mafia Romance)
Gabriel Fisher is the Mafia’s Enforcer. Athena Lopez is the FBI’s newest recruit. Neither should have fallen for the other.

Dark Desires by Jo-Anne Joseph (Dark Psychological Romance)
The woman in the mirror looks and sounds like Layla Murphy, but it isn’t. The darkness in her eyes as she stares at Layla sends shivers down her spine. She was once a content housewife; she’s now been lured by dark temptation, her husband’s best friend Bradley Carter. He’s devious and cunning, and one taste of this dark desire will never be enough.