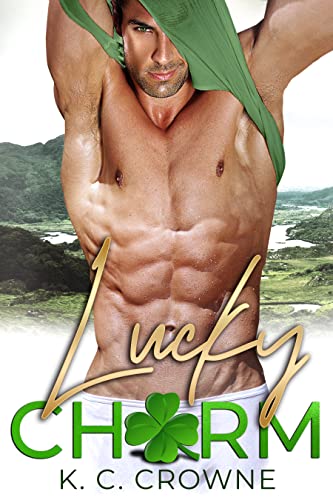 We shared one WILD night in Ireland.
Then the goddess I’d die for skipped town.

Today she has returned.
And her kid has MY eyes.

Both my desire for Aisling…
And her beauty are unmatched.

But she kept a BIG secret from me.
A cute little girl who resembles me a little too much for coincidence.
I’ve missed years of being her dad – and now I’m mad as h*ll.

Not even Aisling can stop me from being the father my girl deserves.
But when it comes to Aisling’s guarded heart…
I’ll let my Irish luck take me straight to her sweet pot of gold – she thinks she can resist me. I’d like to see her try.

And when our little girl goes missing – I’ll go through h*ll and back to bring her home. 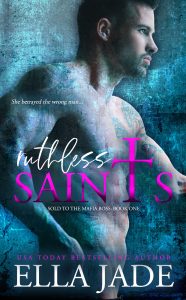 The last thing anyone wants is to be a dispensable member of the leading mafia family. But that’s exactly what Luciana is.

As a lowly cousin and the only female offspring in the Torrio mafia family, Luciana is just the bargaining chip her uncle needs to make an alliance with the Bilotti family. Luciana is terrified of essentially being sold off to a mafia boss, especially one as cruel as Romero, but there’s no saying no in her world.

Luciana tells herself she’s not being sold through the arranged marriage. That, like her uncle says, she’s just a spy. But from the moment she is drawn into Romero’s world, it quickly becomes apparent he owns her—down to her every breath. And despite her reasons for being there, she can’t help but like how it feels.

She just might be falling for him, but is she just another prized possession “won” to a man who gets everything he wants…or is she more of a pawn in this dangerous game than she ever realized? And if Romero really does want her to belong to him, what will he do when he learns the truth?

If Luciana thought saying no to her family would be a deadly mistake, just wait until Romero finds out she’s only there to set him up.

Find your next darkly addicting read in the SOLD TO THE MAFIA BOSS series by USA Today bestselling author Ella Jade.

END_OF_DOCUMENT_TOKEN_TO_BE_REPLACED 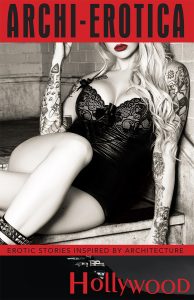 Have you ever been overwhelmed with wistful longing as you stumbled across a forlorn structure, only to find yourself inexplicably attracted to it? In these tiny tales you will trespass through time and enter architectural structures that have retained the sexual gossamer of their former inhabitants. Let the stories in Archi-Erotica transport you to a provocative setting that has succumbed to the sexual fingerprint of its past. Be a voyeur as these tales unfold and unfulfilled souls are lured into a sexual encounter by paranormal spirits baited just as a spider entices its prey with the majesty of a glistening silken web.

END_OF_DOCUMENT_TOKEN_TO_BE_REPLACED 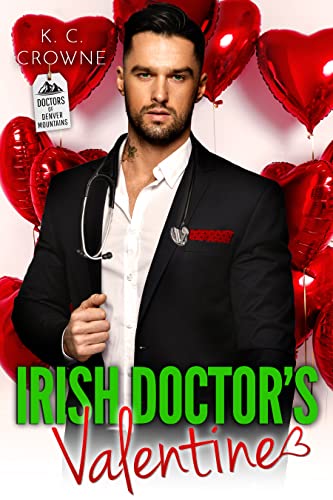 It’s a docuseries about your career as an OB/GYN, they said.
Your personal life won’t be filmed, they said.

They lied.
Dr. Casanova. That’s the ridiculous name I’ve been given.
Now my days are filled with suggestive grins
And flirtatious winks from my patients.
It’s all a distraction because I’ve got my sights set one beauty.
Amelia’s luscious curves are all I can think about. I want to make her mine.
It’s a good thing I’ve mastered the female anatomy…
Cause it’d be a sin not to worship every inch of her.
But Amelia is clever – she’d never go for the “playboy” she works for.

Get ready Cupid…
This Valentine’s day, I’m on a mission to kiss away all of Amelia’s wounds.
And prove that my touch is just what the doctor ordered. 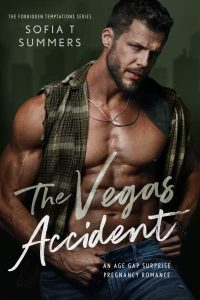 About The Vegas Accident:
Steam Level: 4

It’s hard to keep an accidental marriage a secret when you end up pregnant.

Yes, we were stupid in Vegas.
But the stupidity didn’t just end there.
It continued after the trip was over and Luke became my temporary roommate.

Luke… as in my brother’s best friend.
As in my new husband.
My accidental husband.
Did I say baby daddy yet?

Luke is way older than me.
Basically, he’s everything he shouldn’t be.
And I’m everything I shouldn’t be either — for example, pregnant.
Luke might be the man of my dreams.
But not every dream comes true.
Especially if it’s packaged with an accidental ring and an accidental baby.