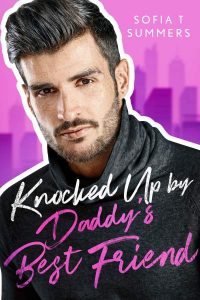 About Knocked Up by Daddy’s Best Friend:
Steam Level: 4

What’s dumber than being betrayed by the love of your life and watching him cheat on you with your best friend?

Joel was just trying to console me.
Or at least that’s what he told himself… and I believed him.
And so, I let him get close.
Really close.
Dangerously close.
Joel was supposed to be the “safe” guy.
But instead, his love for my curves became a problem for both of us.
My dad found out.
His ex-wife began wanting him back.
The barriers kept getting higher until neither of us wanted to deal with them.
It would’ve been easy to walk away if…
I hadn’t gotten pregnant.
Running was now no longer an option… or was it?

END_OF_DOCUMENT_TOKEN_TO_BE_REPLACED 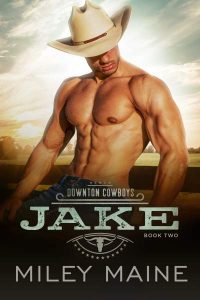 I fell off my horse and flat on the ground, then looked into those blue eyes,
And my life changed forever.

I am not prepared for the encounter.
But something about Belle, draws me towards her.
Like a moth to a flame.
She thinks she can mend my broken heart.
And I want to make her mine once and for all.
But I have secrets.
Secrets from my traumatic childhood, my difficult adulthood.
I cannot risk bringing them out.

Can love survive against all odds?
Especially when she walks away from me at the altar.
Would she ever be ready to give me another shot and turn our crazy story around? 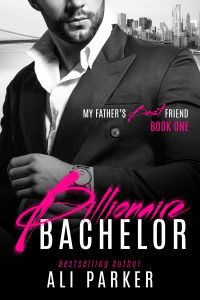 Everyone seems to be in love but me. Why is that?
Relationship after relationship, and nothing.
I’m always the bridesmaid, but never the bride.
It’s getting old. Fast.
And just when I start to give up, he walks into my life.
Sexy, strong, older. The father of one of my students.
It’s against the rules to feel the way I do about him, but I can’t help myself.
A single father with a sexy demeanor and deep pockets.
But that’s not what gets me about him.
It’s the way he looks at me. As if he already owns me.
The relationship can be our little secret.
Or can it?

END_OF_DOCUMENT_TOKEN_TO_BE_REPLACED 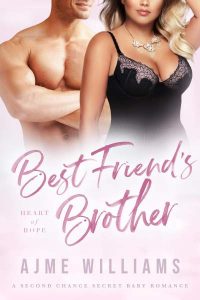 I thought that would be the only secret I’d have to carry.
But boy, was I wrong.

The fact that Adam adored my curves for one night was nothing in comparison to what that night actually led to.
Adam is a billionaire.
A man who knows what he wants, and who he wants.
That hasn’t changed all these years later.
He still looks at me the same way he did back then.
Only now, my eyes are hiding something.
Adam is a dad.
He’s got no idea.
And I’ve got no idea how to break this news to him.
Especially now that he’s my boss.

But I know that once this secret comes out, it’ll be the beginning of an end.
An end of a friendship.
And possibly an end of a love that should get a second chance.

END_OF_DOCUMENT_TOKEN_TO_BE_REPLACED 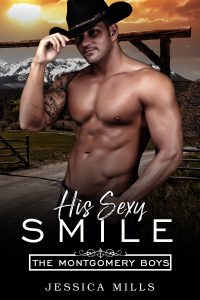 Rodeo runs in my blood.
The ranch my family owns can stay with my brothers.
I don’t belong in a laidback life. I’m interested in the thrill of the win.
Somewhere along the way, I ran into a beautiful girl with a dark past.
Love wasn’t something I’d ever been interested in, but she’s changing that fast.
I can’t get enough of her, and when things get a little too deep, I’m ready to hit the road and find another rodeo to take my mind off of her.
But she ain’t having it. Me or my shit.
Good thing I woke up to what matters most—her.
I’m willing to go the extra lap to get back into her good graces.
Between that and my sexy smile, this girl doesn’t stand a chance.