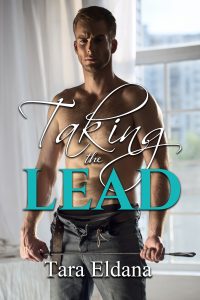 The steamy standalone novels in Tara Eldana’s, Kinklink series are best read in order:
TAKING THE LEAD | MAKING A SWITCH | GETTING TO FOREVER

END_OF_DOCUMENT_TOKEN_TO_BE_REPLACED 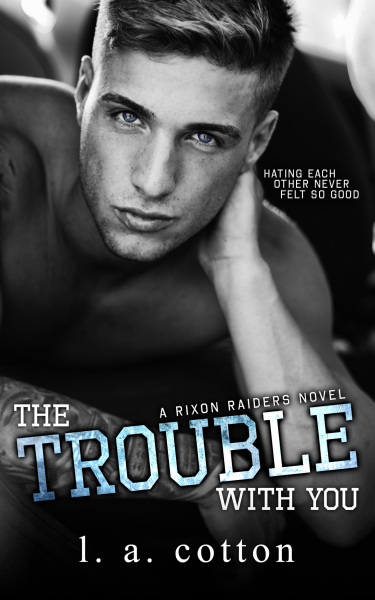 About Featured Book: The Trouble With You by L A Cotton

Hailee Raine only has to survive one more year.

One year of life in her football obsessed town.
One year of nauseating school spirit.
Just one more year of her cruel step-brother Jason; and his cocky, arrogant, football-playing friends.
She hates them. Especially, Cameron Chase, the guy she thought was different.

Cameron Chase has the world at his feet.

He has it all; good looks, talent, and the charm to go with it.
He has colleges lined up at the door, all wanting a piece of Rixon Raiders star wide receiver.
Until something threatens everything he's ever worked for, and only one person can quiet the war raging inside him.
But he's supposed to hate her; his best friend's sister.

And suddenly hating each other never felt so good. 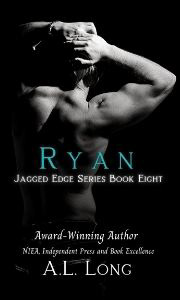 Following the same routine, day in and day out, Charlie Winters was about to give up on getting the break she deserved. Things start to look up when her brother Nick suggested she come to New York to work at his landscaping company. Moving from the small town of Cedar Grove to the big Apple was everything Charlie dreamed of until her brother witnessed a brutal murder, which put his life in danger. Charlie would do everything she could to protect him, even if it meant contacting the boy she fell in love with as a teenager.

Leaving the only girl he had ever loved, the last thing Ryan Hyatt expected was to run into her, especially in Manhattan. Regretting his decision to push her away after he had enlisted in the military, he tried to make it up to her by offering to protect her brother Nick. When tragedy strikes, he soon finds that his brother Josh may have been involved. Ryan will stop at nothing to protect the woman he would never stop loving.

Will his need to have her win, or will he lose her forever?

This book contains adult content and is intended for mature audiences ( 18+).

END_OF_DOCUMENT_TOKEN_TO_BE_REPLACED 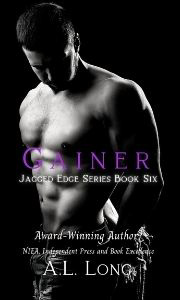 Award-Winning Author of the Shattered Innocence Trilogy
When a person is at the end of their rope, the only thing left to do is survive. That was exactly what Emma Atwood had been doing for most of her life. Finally getting a break, she gets hired as a maid at a ritzy hotel, but even that wasn’t enough. Tired of living the life she was handed, she does the one thing that she soon regrets. Greed soon turns into tragedy when her mistake begins taking lives.

Reminded of his past memories, the only thing that Lou Gainer wanted to do was clear his mind. His thoughts get the best of him, and he ends up running into a mysterious woman. Captivated by her beauty, he does everything he can to get close to Emma Atwood. Opportunity knocks when Jagged Edge is hired as additional security at the hotel she works at. Pieces fall into place when Lou finally learns the truth about Emma and what she has been hiding.

Will his love for her be strong enough to hide her secrets, or will his need to tell the truth, prevail?

Will his need to have her win, or will he lose her forever?

END_OF_DOCUMENT_TOKEN_TO_BE_REPLACED 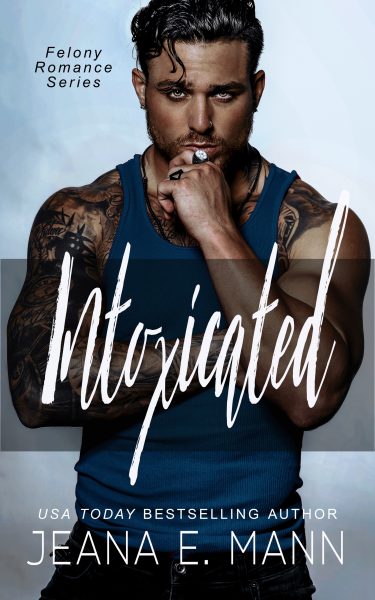 **FREE through 3/07/2021**
Uptight Ally Taylor has a crush on sexy, bad boy bartender Jack Jameson. Their harmless flirtations turn into a dangerous obsession when she gives in to his charms. Jack has secrets–secrets she might not want to accept. When a woman from his past arrives, he’s forced to deal with his demons or lose Ally forever. A friends-to-lovers, second-chances romance with all the feels.