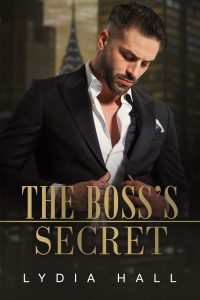 About The Boss’s Secret:
Steam Level: 4

I should’ve known that a one-night stand with the hottest man in the room would come back to haunt me later.
Years later…

I had put the night behind me – or so I thought.
Maxim had a way of making me swoon for him at that party where I first met him.
His arrogance worked in his favor and I fell right into his arms when he pulled me toward him.
The memory of his rough touch came rushing back when I saw him again – this time at a job interview.

Maxim was about to be my new boss.
It was nothing I couldn’t handle… at least, that’s what it looked like on the surface.
Turns out, I didn’t know the first thing about Maxim Mikhailov.

It was only after I fell into his bed again that I realized how dangerous his life was.
Did I like the thrill? Maybe.
But did I also want to stay alive? Definitely.

It wasn’t just my own life that was on the line anymore.
I was carrying Maxim’s baby, and he would have to make a decision that had the power to shatter his existence to the core. 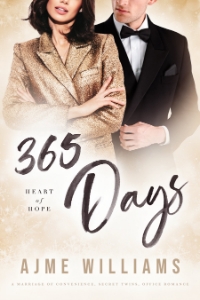 But then I meet James Dunsmore… the man who knows how to make the impossible possible.

He hires me after my ex’s big betrayal and my family’s abandonment.

In some strange way, that grumpy man in a perfect suit begins to feel like the only family I have.
One that is extremely dysfunctional, of course.

But the real dysfunction hasn’t even been revealed to me yet.
My gorgeous boss has the brilliant idea to offer me a promotion.
Great, I think – no more of that “assistant, grab me my shoes” BS.

He wants to change my job title from “assistant” to “fake wife.”
I am way too quick to nod and accept.
I am also too quick to break the rules of that agreement and jump into his bed.

And then, my crazy past knocks at the door while I stare at the two pink lines that can ruin my future forever.
FML, there are two buns in the oven.

A happily-ever-after is impossible, but like I said…
James Dunsmore is the only man that knows how to make the impossible possible – for me and for our unborn twins.

END_OF_DOCUMENT_TOKEN_TO_BE_REPLACED 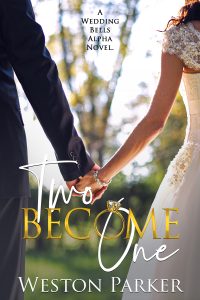 About Two Become One:
Steam Level:

I’m all about the chase.
Everything that comes after getting the girl?
I’d rather swallow glass.
That’s why taken women are my type.
Don’t like it?
You don’t have to.
However, my newest challenge is full of surprises.
She’s temptation poured into a silhouette of dangerous curves.
And she’s onto me.
So is HR at the office.
Both quickly become my nightmare as they dare me to change.
Me. The forever bachelor. Can you imagine?
But the only thing that might do that is the secret my office fling is keeping from me—a secret that will change everything and tie us together forever.
A baby.
I’ve never wanted to “become one” with anyone.
At least not until her.

END_OF_DOCUMENT_TOKEN_TO_BE_REPLACED 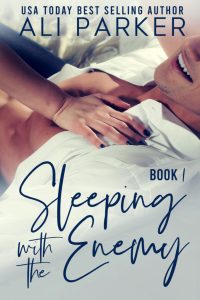 About Sleeping With The Enemy:
Steam Level:

She’s completely off limits, or so I’m told.
My best friend’s little sister. Hot, curvy, and soon to be mine.
And to say the least, she’s fiery mad.
Her brother is willing to sell out their family business to me, and he’s right for doing it. I’m a billionaire. Hello.
Little did I know that this beautiful vixen is about to jack my world up.
There’s one trinket I want most in the world for my collection and guess who just bought it? Right. Her.
But I’m down to play her games.
I’ve got aces in my pocket waiting for the right moment to strike.
And when I do, the prize I yearn for isn’t a shiny object. It’s my girl.
She’s going to be upset to find herself sleeping with the enemy, but those tables will turn.
I’m not after today or tomorrow, but forever.

END_OF_DOCUMENT_TOKEN_TO_BE_REPLACED 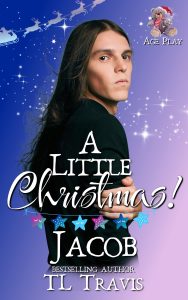 For Jacob Shelton, life was anything but conventional, having been born with a silver spoon in his mouth even though it was a loveless existence. Jacob hoped there was more to life than money and was about to find out the hard way.

Richard Worthington longs for a boy of his own. One to nurture and care for, pamper and spoil. His friends in the lifestyle found their forever partners, so why’s it so difficult for him to find the same? Sugar baby after sugar baby leaves Richard wondering if it’s worth it.

Their paths cross in a chance meeting, though it’s a life-or-death decision that ultimately brings them together.

This is an MM daddy/little Christmas twist on The Little Princess Classic tale. Each age-play romance book in this multi-author series can be read as a standalone.